Any decision to embed new technologies into your software platform will eventually turn to the topic of performance. Your application lives or dies based on how well, and how fast, it can serve the needs of your users. Even split-second delays will begin to make your product feel sluggish, while bigger delays will lower engagement or turn users away entirely. Fortunately, Qrvey’s Data Powerhouse was built from the ground up with speed and performance in mind and is able to provide embedded self-service data collection, analytics and automation in the most demanding of environments.

Performance has been one of Qrvey’s core competency since the company’s founding, and it plays an important role in every product decision we make. It’s fairly easy to say you’re a cloud-based platform that leverages the power of modern technologies. What’s hard is choosing all of the right cloud technologies and utilizing them in innovative ways to turn promises into a reality you can depend on, no matter which cloud provider you use.

Many people confuse performance with scalability. In the cloud, it’s trivial to create new servers and scale your application to run across hundreds of virtual machines, but that doesn’t mean your application has performance. In reality, needing to scale is the opposite of performance. Having the biggest army is one way to win a battle, but it’s certainly not the most efficient nor the most cost effective. That’s why Qrvey was built to have both performance at smaller scales and also high-availability at larger scales. You’ll never have to choose one over the other because Qrvey can deliver both.

Flexibility is another key aspect of what makes Qrvey’s Data Powerhouse so powerful. Our flexible data architecture provides us with many advantages over traditional database systems. First, we can accept any type of data, whether it’s structured, semi- or unstructured. You can learn more about our motto, “All Data Accepted,” here.

Next, once all of your data has been processed by our Data Router, it can immediately be used for self-service applications. Self-service is another concept that typically runs contrary to performance. Many systems are great at optimizing for known queries, but fall apart with ad hoc ones. Qrvey was designed with the utmost flexibility in mind, so it can easily serve self-service applications with ease while still providing the performance you expect.

All of these performance traits combine to produce embedded services that you can count on to take your application to the next level, which a whole new class of features that you never thought possible. 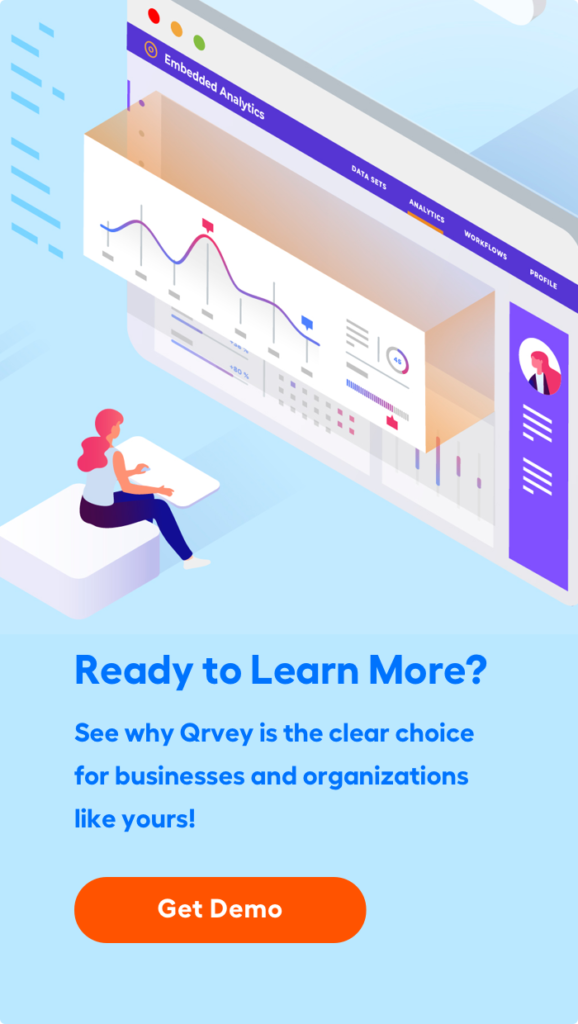